Is Rocket League still worth playing? This is a question asked by players almost every year. From the view of the majority, the answer is yes. Consider the year 2021, when Rocket League is free to play and available on a variety of platforms, including the Nintendo Switch and Epic. Unsurprisingly, this has brought in a slew of new players, and there will be a lot of people who bounce off of it because Rocket League has a skill floor unlike any other. 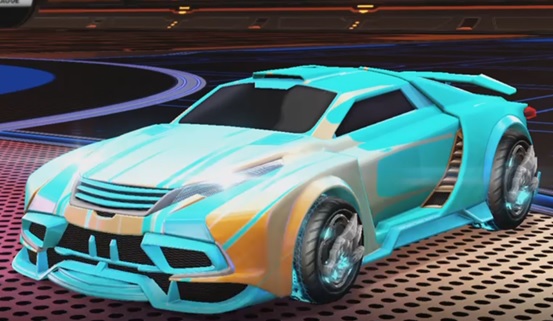 New Rocket League items to upgrade and style your car are added to Rocket League with each season. Since Epic Games purchased Rocket League, the game’s popularity has dwindled; however, the game is now available for free, and its player base is larger than ever. Epic is being prudent by not making any significant changes to the game’s gameplay. Sure, they ditched the crates and keys system in favor of Rocket League blueprints and RL credits, but given the crates system’s risky nature, that was almost inevitable. The game’s gameplay is almost perfect as it is, and any changes would almost certainly result in a decrease in player numbers. Epic’s servers are likely to be more numerous, more widely distributed, and of higher quality than Psyonix’s servers, so it may be preferable to have them in charge.

Season 3 Rocket Pass will be available soon. Massive improvements and content updates were made to the game. Psyonix is actively ‘hunting’ toxic players, which is improving the community. They also spend a lot of time on the RL Reddit page, so they’re aware of what’s going on in the game and care about it, which is enough for me to be satisfied with their company policy. New content is added to the game on a regular basis, which improves the overall experience. New items to upgrade and style your car are added to Rocket League with each season. New maps are released every two to three seasons on average. There are so many things to do in this game that I believe typing about them would take an entire day. It is recommended to play the game and help the developers reach more downloads.

Not everyone will enjoy the game. It is entirely up to your personal preferences when it comes to video games. If you’re a highly competitive player, you’ll be hooked, and you’ll most likely use the training grounds to practice and learn new moves. The fast-paced action and mind games will keep you entertained. If you’re a casual player, on the other hand, you can choose between two options. You’ll either be content with your current skill level and have a good time regardless, or you’ll quickly become frustrated at how good other people are, despite the fact that they spent hundreds of hours practicing what you still can’t do. It’s also one of the few games in which you have complete control over your actions. There is no such thing as an automatic animation. You are the one who is in charge. Rumble items, kickoff spawn points, and demolition start points are the only chance-based occurrences in the game (which affect gameplay).

The following are some advantages and disadvantages that will assist you in making your decision:

– Playing with friends is a lot of fun.

– It is simple to learn

– It is suitable for people of all ages and does not necessitate the use of a beast.

– The real-life community is, without a doubt, the best.

– It has the potential to become a popular Esport in the near future.

– Getting to the point where you can enjoy the game to its full potential takes some time and a lot of practice.

– There is a slight lag in the servers.