Back in the year 2000, DVDs were used to distribute movies all around the world. In recent years, DVDs still have their use, despite having major competitions for video distribution such as Netflix, Spotify, or any other movie streaming platforms. 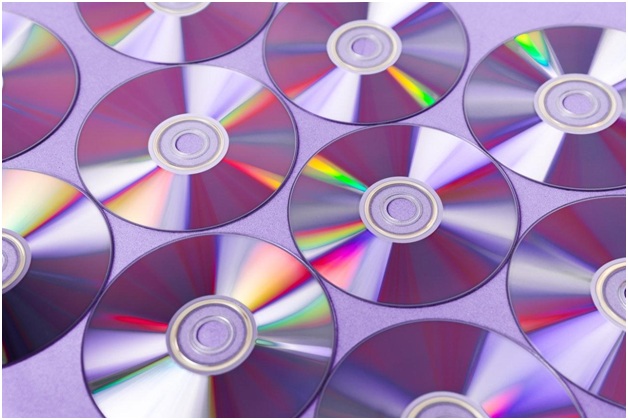 Before we get to know everything there is to DVDs, it might be the best approach to initially explain the ‘why.’ For instance, ‘why is the industry replacing standard CDs with this one?’ It’s quite simple; the DVDs have a larger storage capacity compared to the standard compact discs. In this article, we’ll show you all that there is to know about Digital Versatile Discs.

What Is A DVD?

The dvd translates to either Digital Video Disc or Digital Versatile Disc. This particular disc is an optical drive that’s mainly used as a storage to store all the necessary data of the user. Similar to CDs’ materials, DVDs have multiple layers of plastic with a thickness of about 1.2 millimeters.

Furthermore, a single DVD has the capability to store up to 5 gigabytes worth of data, with that storage capacity, which is more than enough to store a full high-quality video that can run up to 140 minutes. There are many variations of a DVD, each of which has different layers to add more spaces for its overall storage capacity.

The Purpose of Using A DVD

Digital video discs have a wide array of flexibility when it comes to the list of applications that it has. Like Microsoft, most tech companies use DVDs all the time to distribute their commercial programs across the world. Aside from that, DVDs can also be used as an external backup for all your personal data and files.

Furthermore, the majority of media companies offer DVD releases for music videos and movie files. Despite the technological rise of video streaming platforms on the internet, DVDs that provide a more superior video and audio quality are still a top choice for most of the consumers.

A Short History of The Digital Versatile Disc

In the 90s, companies for optical disc drives were working on two variations of storage means. In 1996, the first-ever feature film that was released on DVD for home viewing was the disaster movie called ‘Twisters.’ Despite that, the developers of the technology took numerous years and various participation with many companies to develop the innovation.

The DVD was initially called the Digital Video Disc. Until some time later, the company agreed to change the name of their innovation to a simple acronym of its name; hence, the DVD was born.However, a DVD still defines as a Digital Versatile Disc across multiple organizations of production, hardware, media, and software companies.

With that being said, CDs and DVDs alike are not all that impenetrable, it can be damaged, and you’ll lose your data forever. Due to the fact that the data is stored in a spiral fashion, users should refrain from wiping the discs thoroughly in a circular motion. Always keep that in mind, and your data will be safe from corruption and damages.