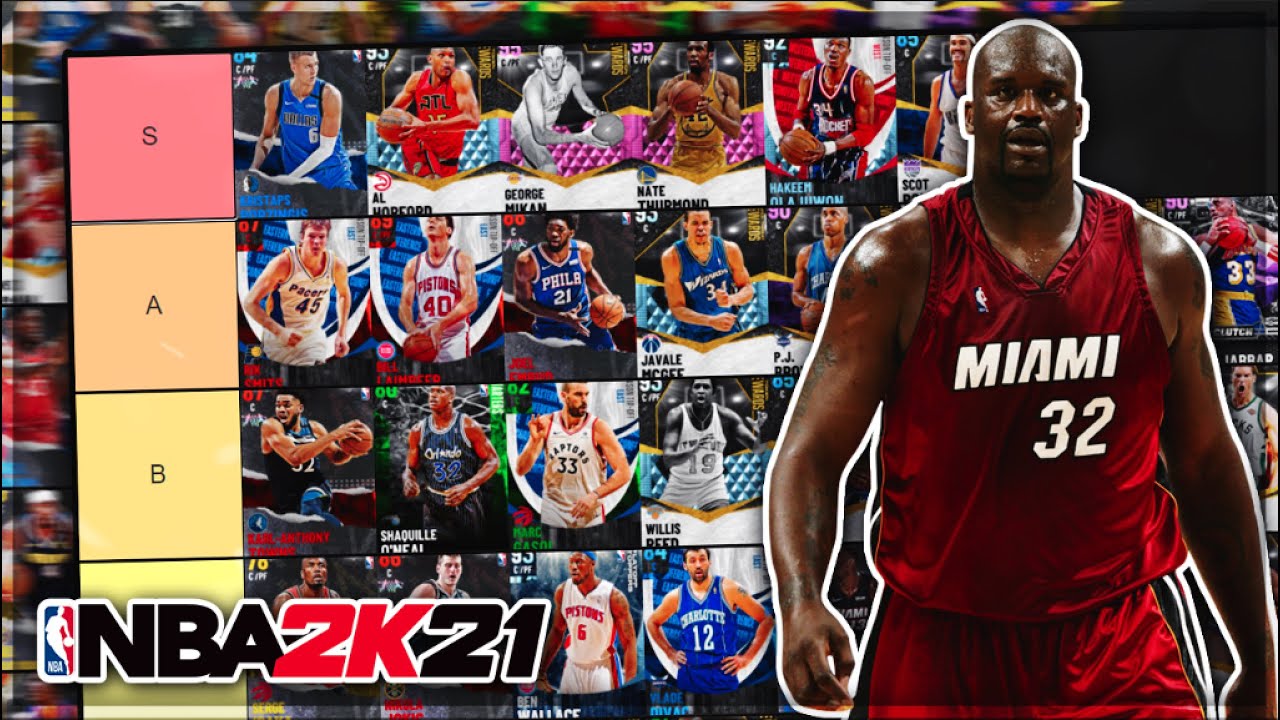 Here is a list of recommended NBA 2K21 best small forwards in MyTEAM mode, there may be some arguments about their ranking and even the players who should be included in the roster, because the use of them is also depending on your play style, so just take the list as a reference. You can earn enough NBA 2K MT to buy the wanted players or sell the one you don’t require to save the currency.

Khris Middleton is one of the best at what he does in the game, he has got a 6’7” height and 6’10” wingspan, speed of 84, lateral quickness of 89, the stamina of 92, shot close of 91, shot mid of 97 and more decent stats. On the current-gen, he hot silver Quick First Step, gold Clamps, gold Range Extender, and 8 HOF badges, the badge details will be a little different on NBA 2K21 next-gen. His lower base Jump Shot 56 is a good release in the game, he can’t really dribble, but the job for Khris Middleton is probably to guard a secondary ball handler. If you want someone to stand there and hit wide-open shots, Middleton is your choice.

Glenn Robinson is decent enough behind the back in normal three. Looking at his stats and badges, he comes with gold Clamps, silver Range Extender, HOF Catch And Shoot, HOF Corner Specialist, and more, really good finishing and shooting badges. When it comes to the stats, 85 lateral quickness, 90 driving dunk, 89 shot 3pt, 87 speed, fantastic stats, there is nothing wrong with this card, which is near perfect.

Julius Erving is another player on our top 10 best NBA 2K21 MyTEAM cards ranking, he got elite speed, good three-pointer, nice release, also got gold Clamps, Quick First Step, he can get all these bad doesn’t come with that many badges, he is kind of outdated when it comes to badges. 95 driving dunk is obviously good, 94 speed is also fantastic. He has stood the test of time but not that good on next gen 2K21.

The Pink Diamond card of LeBron James is an absolute god on next gen, but on current-gen, there are some better cards like him. He hot 86 three-point shoot and 94 speed, 93 perimeter defense, 93 lateral quickness, 88 speed with ball, all of these stats are decent, as well as a good height 6’9”. He got gold Quick First Step, HOF Dimer, HOF Difficult Shots, and a series of Hall of Fame finishing badges, you can barely add an ego badge to him.

George Gervin is objectively better than LeBron, he got a HOF Quick First Step, gold Range Extender, HOF Clamps, and 10 HOF finishing badges. He has a better secondary position than LeBron, there is a problem with LeBron is that in the current-gen, he literally can’t shoot from corners and just steps when taking long twos. For Gervin, he has 96 speed, 96 acceleration, 90 steal, which is crazy, even though he can’t really dribble the ball but base 40 is a really nice catch and shoot release.

The defense of Grant Hill is what keeps him there. He only has gold Clamps but a decent on ball steal tendency, he can play the two, he is one of the ball defenders in the game with almost every defensive badge even though he does not have HOF Clamps. He also got HOF Quick First Step, HOF Downhill. he is an off-ball player who will out spot up a lot, the only downside of this card is the 83 three-point shot, awful triple, and the Jump Shot 1 is not a great release. But if you are playing on next-gen, triple sticks don’t really matter because it’s hard to get by anyone.

Scottie Pippen got a better behind the back than Grant Hill, so for next-gen, he is going to be better than Grant Hill. He got huge five Hall of Fame defensive badges, including HOF Clamps, HOF Heart Crusher, HOF Off Ball Pest, HOF Tireless Defender, and HOF Trapper, also HOF Quick First Step, he can get every shooting badge, if you want to put badges on him just like on Hill, he might have a few more. 85 driving dunk, 89 speed, 89 acceleration, 82 interior defense, Scottie also got more total stats than Grant Hill, this is literally gonna be a preference one, you can use Grant Hill as the primary ball-handler, but as a lockdown defender, Scottie may do a better job.

Kevin Durant is a good rebounder and got 85 driving dunk, 87 speed with ball, 86 ball handle, 90 speed, 90 acceleration comes with silver but upgradeable Clamps, gold Range Extender, on next-gen 2K21, he got gold Quick First Step, gold Downhill, and unbelievable shooting, great between legs, pro 4 moving behind the back is not great. He is literally a good offensive card and unguardable on next gen.

Cameron Reddish is 6’8 with a 7’0” wingspan, his base is a PG base, it’s objectively a good release, but on current-gen,  it’s so much harder to green when playing with the meter, on next gen, there is a big difference because there’s a whole bunch of straight arms of the meter, using no meter is a big benefit on next gen, but on current gen consoles, it doesn’t matter. He’s got pro 5 moving behind the back which is good, only silver and non-upgradable Range Extender which isn’t great but we go with HOF Catch and Shoot, he’ll hit shots. He’s got gold Clamps, gold Intimidator, gold Pick Pocket, HOF Pick Dodger, terrible interior defense but good lateral quickness.

Cameron Reddish and Paul George are almost the exact same such as the shooting signature, but Paul George got 93 speed, 93 acceleration, 95 driving dunk, 94 lateral quickness comes with gold Clamps, HOF Chase Down Artist, HOF Quick First Step, gold Range Extender, HOF Catch, and Shoot, which is quite big. The only difference is that Cameron Reddish has more bad slots over Paul George, who got every badge you need, HOF Range Extender is just kind of a nice add-on but it’s not needed, you don’t need to have HOF Range Extender because of a HOF Quick First Step and gold Clamps, and elite defense, George worth the number one because of how he plays both ends of the floor, he is one of the best defensive cards, one of the best shooters and one of the best overall cards in the game.